Your Health, Our Priority 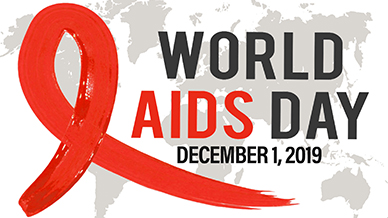 Did you know that  Cebu has the highest number of reported HIV cases in Central Visayas (Region 7) between January and May 2019?

In 2019, HIV/AIDS & ART Registry of the Philippines confirmed 1,249 new cases of HIV-positive patients.

Through the years, the Department of Health (DOH) and the World Health Organization (WHO), has intensified its awareness of AIDS and how to protect families against it. However, some still believe the misconceptions surrounding the disease.

As we celebrate World AIDS Day this December 1, UCMed shares some HIV and AIDS misconceptions of the disease to promote proper education on positive, healthy and informed choices.

Misconception 1: I can get HIV by being around people who are HIV positive.

Multiple medical research proves that a person cannot contract HIV through touch, tears, sweat or saliva. Additionally, you do not catch HIV by breathing the same air as the HIV positive person, sharing utensils with an HIV positive person. HIV can only be transmitted  through certain body fluids like blood, semen, vaginal and rectal fluid or breast milk.

Misconception 2: There is no treatment for HIV

Modern medicine has not yet successfully cured HIV. Fortunately for HIV-positive patients, and Antiretroviral Therapy (ART) is readily available. ART utilizes HIV medicines to treat HIV infection and healthier lives. Aside from that, a patient who uses ART also minimizes their risk of HIV transmission to other people.

Symptoms of HIV include rapid weight loss, recurring fever, and unexplained tiredness. However, a person can be HIV-positive and not show clear symptoms. The only way you can tell if a person is HIV positive is to undergo HIV testing.

Myth 4: HIV is a homosexual disease

One of the most common HIV and AIDS misconceptions is that HIV is a disease that a person can contract only through homosexual encounters.

Although HIV transmission among two male partners is most common and is the most at-risk population, HIV is not exclusive among homosexual partners. Women actually have a higher chance of contracting HIV from a sexual encounter than heterosexual men.

Myth 5: I don’t need to worry about HIV as ART is available

While ART does improve the lives of HIV-positive patients by helping them live longer, these drugs can have serious side effects on patients.  As the saying goes, prevention is better than cure. It is definitely also cheaper and easier on the patient and their family than managing a life-long disease.

This will close in 600 seconds

Please read these Terms and Conditions carefully before using the application UCMed Chat Box (the "Service") operated by  University of Cebu Medical Center ("us", "we", or "our").

Your access to and use of the Service is conditioned on your acceptance of and compliance with these Terms. These Terms apply to all visitors, users and others who access or use the Service.

By accessing or using the Service you agree to be bound by these Terms. If you disagree with any part of the terms then you may not access the Service.

To better serve the needs of people in the community, health care services are now available by the electronic transmission of information. This may assist in the evaluation, diagnosis, management and treatment of a number of health care problems for the women enrolled in UCMed Maternity Package Deal Program.  This process is referred to as “telemedicine” ,“telehealth” or “eHealth.” This means that you may be evaluated and treated by a health care provider or specialist from a distant location. Since this may be different than the type of consultation with which you are familiar, it is important that you understand and agree to the following statements.

This will close in 300 seconds

Find out more or adjust your settings.

This website uses cookies so that we can provide you with the best user experience possible. Cookie information is stored in your browser and performs functions such as recognising you when you return to our website and helping our team to understand which sections of the website you find most interesting and useful.

Strictly Necessary Cookie should be enabled at all times so that we can save your preferences for cookie settings.

If you disable this cookie, we will not be able to save your preferences. This means that every time you visit this website you will need to enable or disable cookies again.